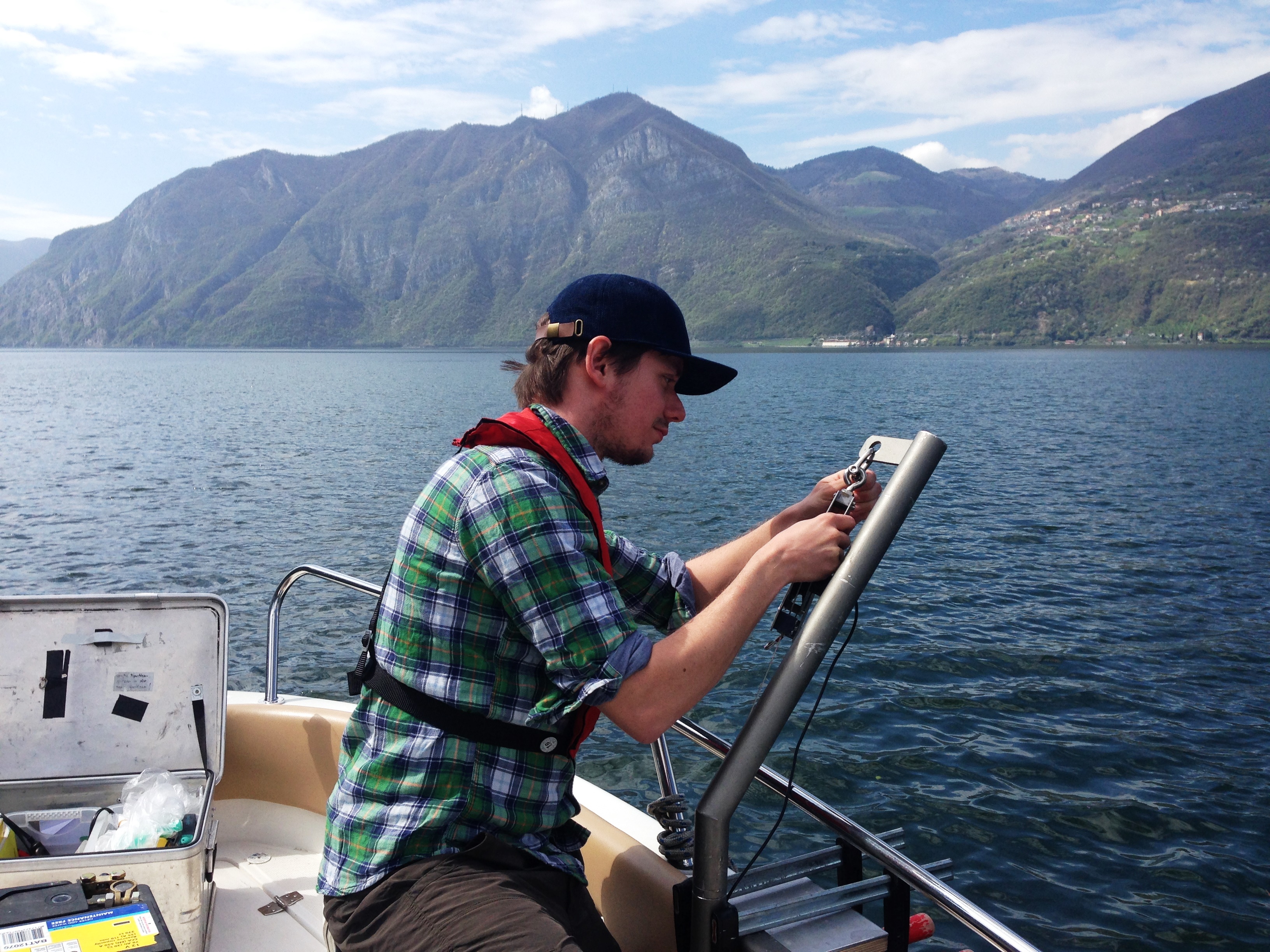 It is the scientific consensus that lakes are sentinels for climate change due to their vulnerability to changes in meteorological conditions. To investigate how climate change can affect an urban lake, I have employed different numerical models.

The vertical 1D model GLM-AED2 was calibrated and valiated for an urban lake in Berlin, Germany, using a time series of 7 years. Prior to that, meaningful model variables for calibration were determined by a sensitivity analysis using the Morris method. For the calibration the automatic evolutionary CMA-ES algorithm was used to minimize differences between simulated and measured water temperatures. This resulted in a good fit (NSE between 0.8 and 0.9) for water temperatures. The dynamics of phosphate, nitrate and dissolved oxygen concentrations were also sufficiently replicated, for instance the oxygen depletion during the summer stratification period. The model was then used to project the impact of future climate change (using projected regional meteorological data created by WETTREG2010) with alternative management scenarios on the lake ecosystem. The climate change scenario showed that the future summer stratification period will extend and the winter stratification could disappear. The management scenarios visualized that an active management system can weaken the stability of the summer stratification, therefore mitigating the formation of potential harmful algal blooms.

To investigate the impact of short-duration heavy rainfall events, which can become more frequent and intense due to climate change, on the lake ecosystem, a depth-averaged 2D model (open TELEMAC-MASCARET) was calibrated to an urban lake using a time series of 15 years. The model could sufficiently replicate the hydrodynamics as well as surface concentrations of phosphate, nitrate, ammonia and dissolved oxygen. Different management measures during an example heavy rainfall event were investigated. The main outcome was that an external elimination of nutrients seems to be the best strategy to mitigate the formation of phytoplankton blooms after the heavy rainfall event compared to an increase of discharges, which aimed at reducing the hydraulic retention time.